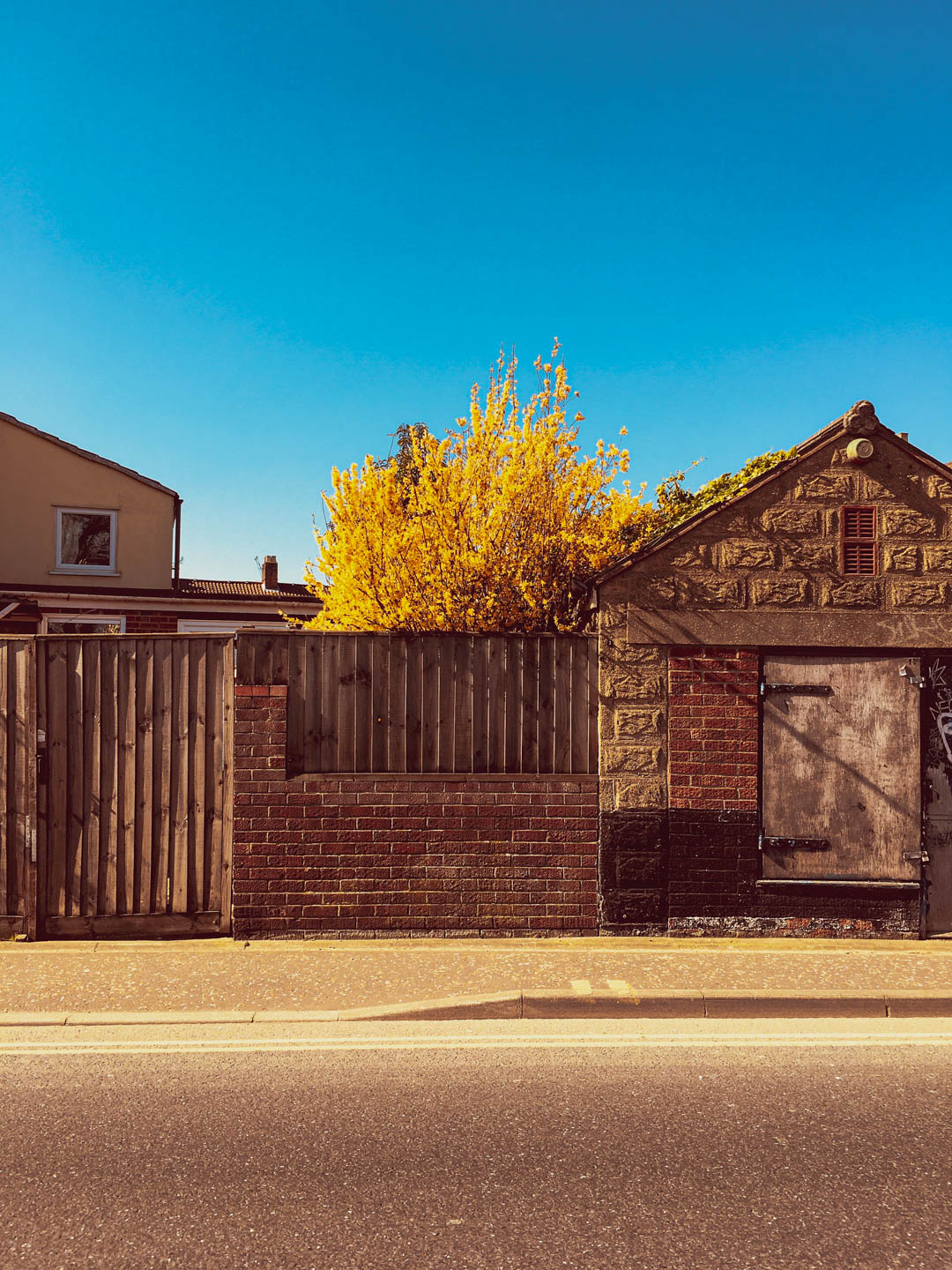 FOR THE FIRST TIME IN LIVING MEMORY, (AT LEAST OURS) the people of the UK gathered around a simple set of collective principles to make change happen “Stay home, Protect the NHS, Save Lives”. The lockdown of the UK was announced on 23 March 2020 by the Prime Minister with measures to mitigate the spread of a virus and to protect the community. It included wide-ranging restrictions on freedom of movement, enforceable in law, under a stay-at-home order which was said would last for at least twelve weeks (we did warn anyone who would listen, how silly it would be for people to believe them). The mood was strangely tinged with a late twentieth century analogue feeling. The absence of people, cars and movement was  just what you might imagine waking up in a dystopia horror novel might feel and look like. The lack of people in the photographs is the most shocking memory and to see (or not see) such a high level of panic and acquiescence was astonishing and scary in equal measure. We had underestimated, really naively the sheer level of fear around death and dying the collective psyche had been sheltering from the light of their thoughts. Some are calling it the Great Awakening. Let’s hope so.

IN PICTURES— The streets of Norwich on the first day of the UK Lockdown.

Part of an ongoing anthropological study of layered narratives found in naturally occurring intersections between the metaphysical and terrestrial worlds. We examine and document the fabric of our journey through the continuous production of an interconnected body of knowledge and data gathering.

All photographs taken in the UK (Norfolk) March 2020.
Shot on iPhone SE.

Nature loves courage. You make the commitment and nature will respond to that commitment by removing impossible obstacles. Dream the impossible dream and the world will not grind you under, it will lift you up.

Just because something is popular doesn’t makle it good. Sometimes popularity is a measure of how much people aren’t thinking.

I get a kick out of being an outsider constantly. It allows me to be creative. I don’t like anything in the mainstream and they don’t like me.

Billie Holiday, Aretha Franklin. Now, they are so subtle, they can milk you with two notes. They can make you feel like they told you the whole universe.